Ahoy there, music mates! We review this EDM party cruise - everything from DJ Soda to Kaskade, to the activities aboard the Royal Caribbean Mariner Of The Seas

So what do you do with a drunken sailor early in the morning? We found out the hard way when we recently went on board It’s The Ship – ’cos well, you see, that drunken sailor…was us. More often than not, we don’t get wasted when we’re out painting the town red, let alone, turn into an intoxicated scallywag even Jack Sparrow would abhor. But the thing is, when you’re on a 72-hour party cruise (a decked-out Royal Caribbean Mariner Of The Seas, no less!) on the wild open seas with non-stop dance music and booze all around, it’s hard to keep ’em legs steady – and no, we’re not talking about the waves.

Selling out all cabins on its sophomore voyage (a substantial level-up from last year), the maritime music festival garnered over 3,000 ravers from all around the globe, all primed and psyched to catch more than 50 regional and international acts. Impressively packed within three adrenaline-charged days (much Red Bull was needed), the line-up was just one of the many upsides of this behemoth of a banger-thon. We scour the untarnished sections of our memory banks to bring you some of It’s The Ship’s ‘Yays’, and even dabble in the ‘Nays’ ’cos we’re informatively objective like that. Now, let us flash back to what was, we dare say, one of the maddest parties we’ve attended all year!

The Shiploads of Tunage

Yay: There was (almost) something for everyone! Whether you were an electro-house mosher (Peking Duk), a hip-hop hypebeast (Brandon Beal), a UK grime guru (Woz) or even a reggae junkie (Easy Star All Stars), the festival’s musical curation had you covered.

Nay: There was perhaps too much commercial EDM, to the point where every big-room act was beginning to sound a bit samey. Also, we would’ve appreciated a bit more techno and nu-disco in the mix!

The Big (And Underground) Names

Yay: For what it was worth, at least It’s The Ship managed to procure the cream of the crop in dance music. It’s hard to deny its credibility with heavyweight names like Carnage, Ferry Corsten, Kaskade, and even Korean beaut, DJ Soda. And the underground circuit wasn’t ignored either, not with bigwigs like Oliver Dollar and My Nu Leng (our personal fave act!).

Nay: Unfortunately, there were a couple of scheduled names that couldn’t make it on the ship, due to unforeseen circumstances. No-shows included Adventure Club, Alex Adair and a much-anticipated Far East Movement – sorry, no flying like a G6 folks. 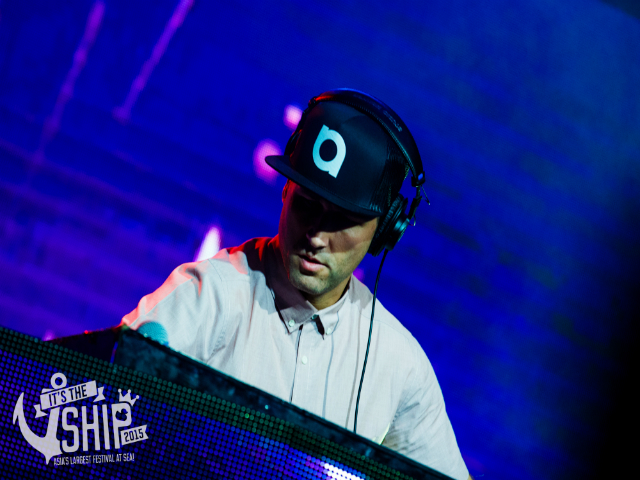 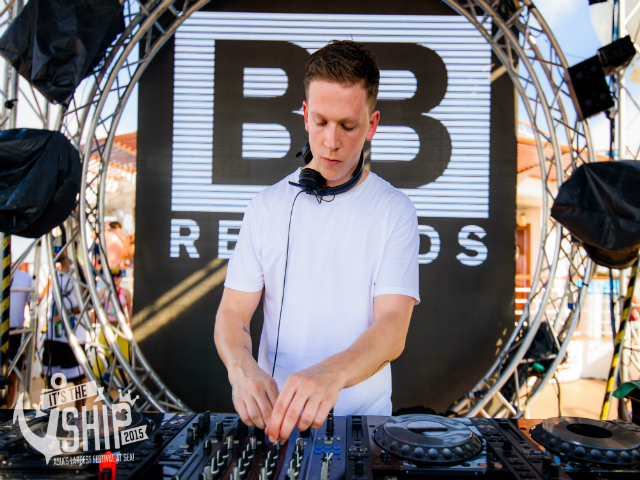 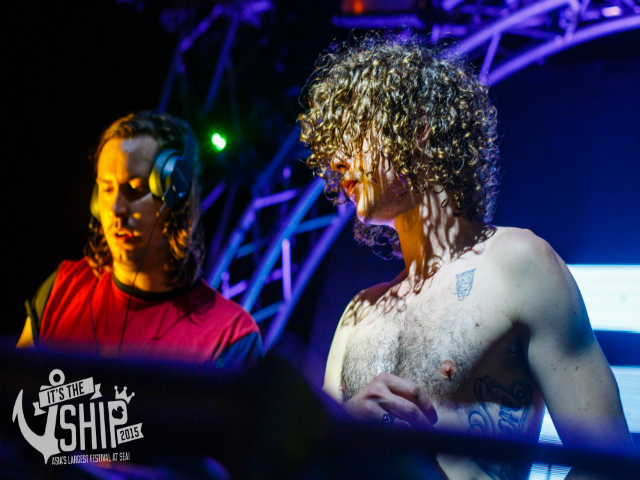 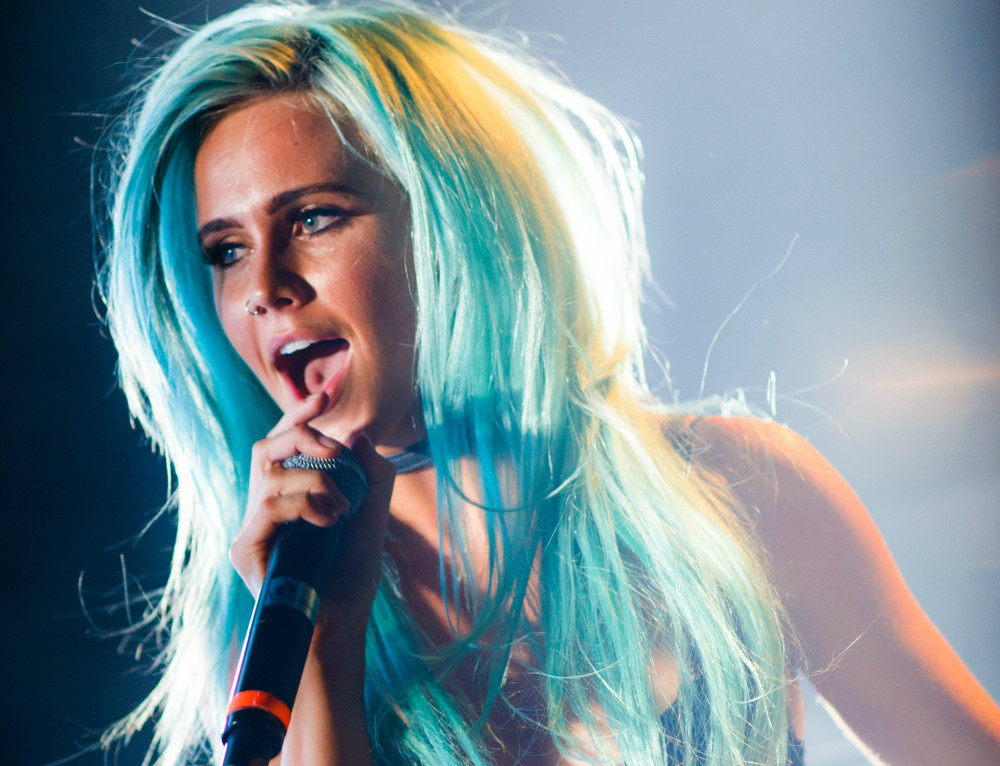 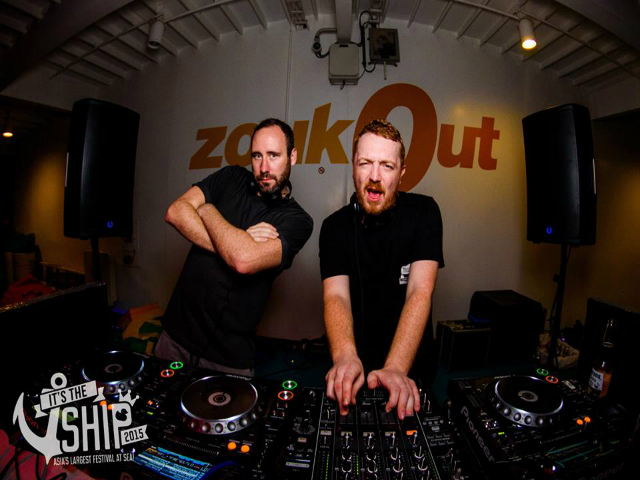 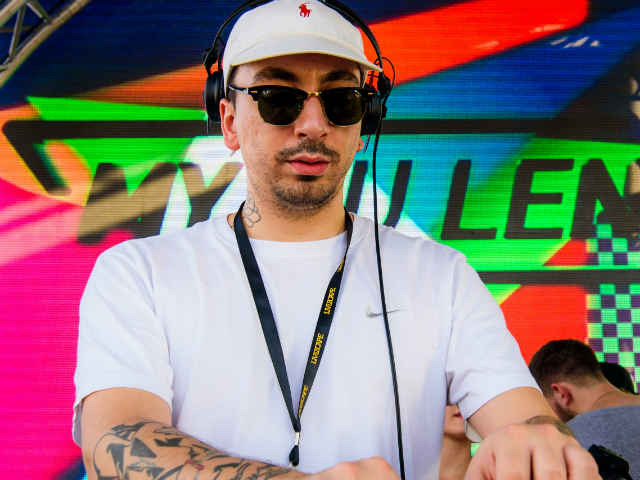 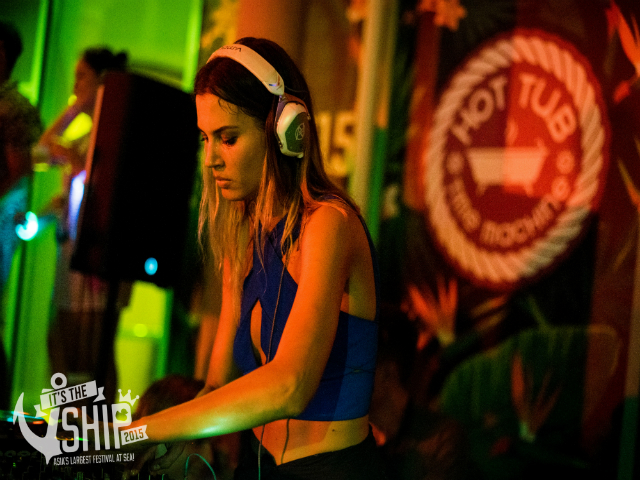 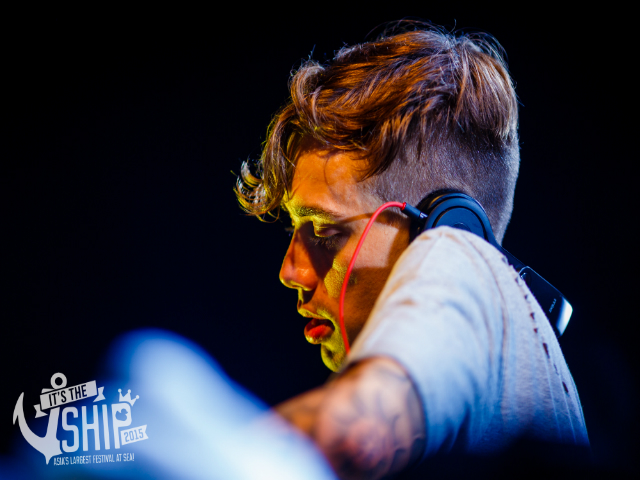 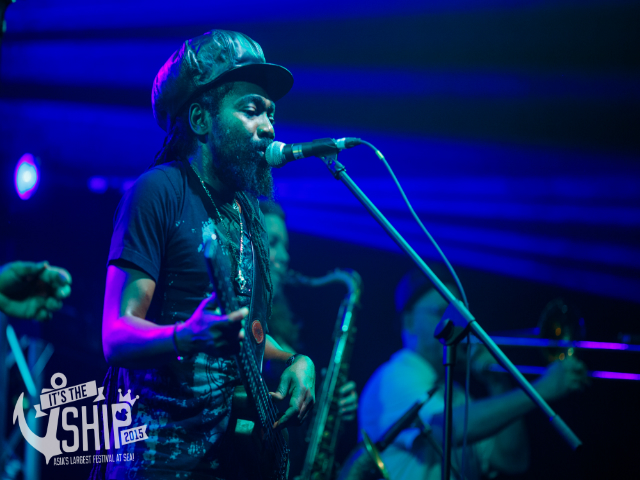 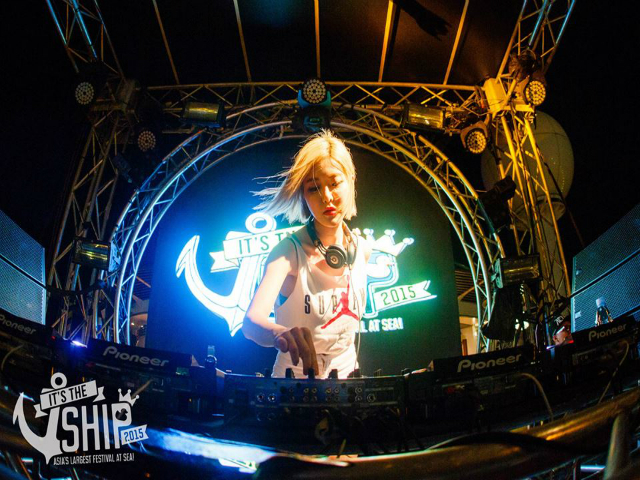 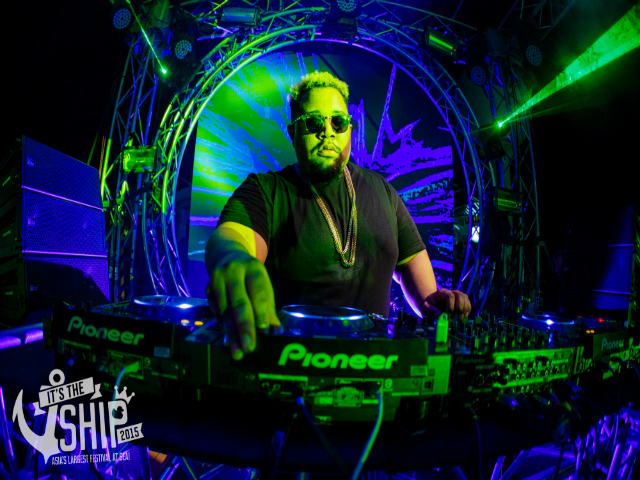 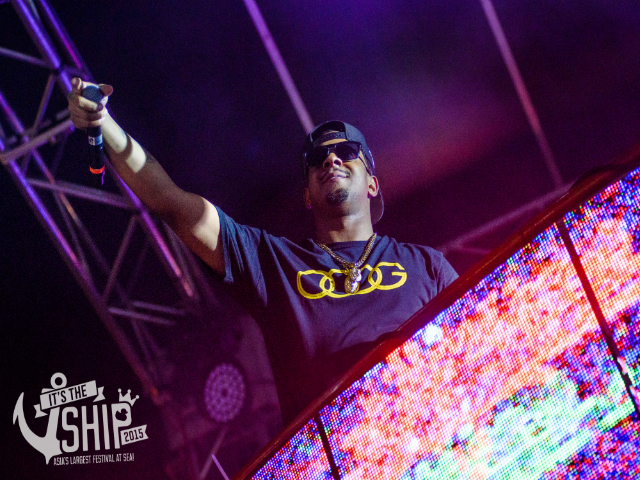 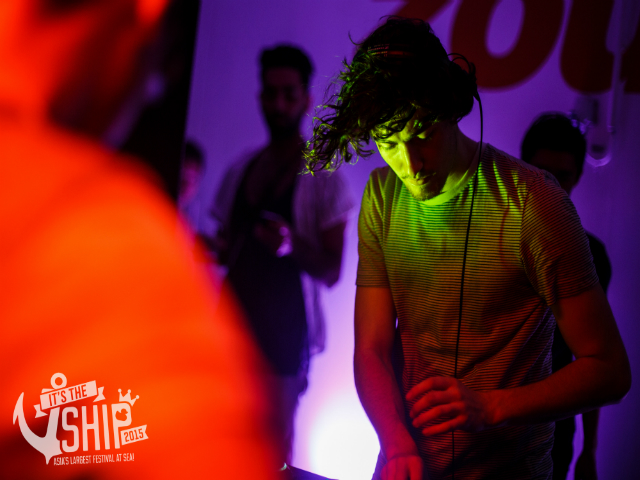 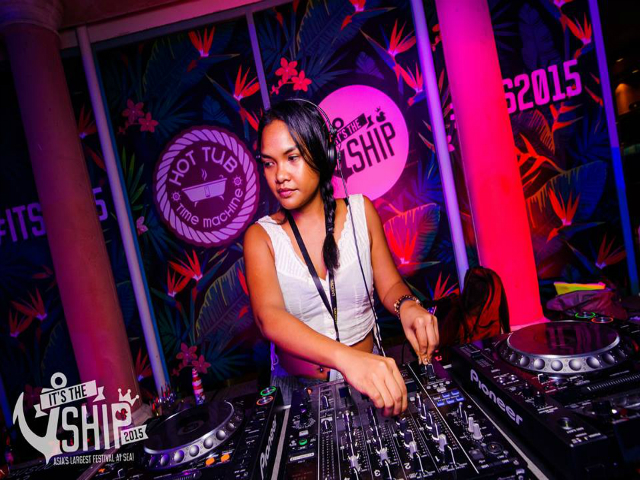 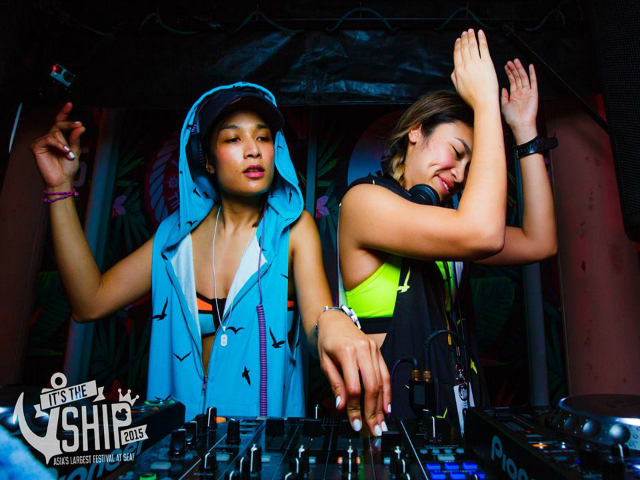 The Representatives of the Region

Yay: While they might lack international star power, the bevy of regional decksters were still stars in our eyes. Malaysian acts like Blastique and Irama kept the decks warm and toasty in-between international artistes, and we were particularly proud of our own SG crew with selectors like Godwin P, Jeremy Boon and Rah (drum and bass ftw!).

Nay: Yo errbody, where ya at?! Alas, there were instances where the crowd used these segments to catch a siesta or a smoke break, leaving the floor quite minimally filled. Didn’t stop us from dancing though.

The Motley of Stages

Yay: With a cruise liner this gargantuan (15 decks in total!), you’d naturally expect there to be more than one dance floor! Aside from the two main decks that both overlooked swimming pools and steamy hot tubs, there were also plenty of pop-up shindigs including a balcony stage for underground choons, a Playboy-themed rave complete with ‘bunnies’, a sporty block party with basketball invitationals, and even a onesie/pyjama party for the naughty.

Nay: We were quite bummed out by the delays in the beach party, a Langkawi stopover on Day Two. No thanks to immigration issues, the sun had already set by the time most people could disembark from the ship. And as if the FOMO of the golden hour wasn’t bad enough, this beach bash even ran short of booze and water – not cool! 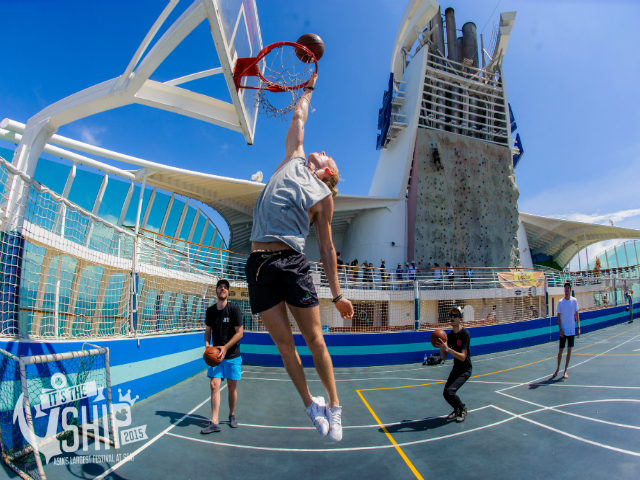 Basketball with Will Sparks 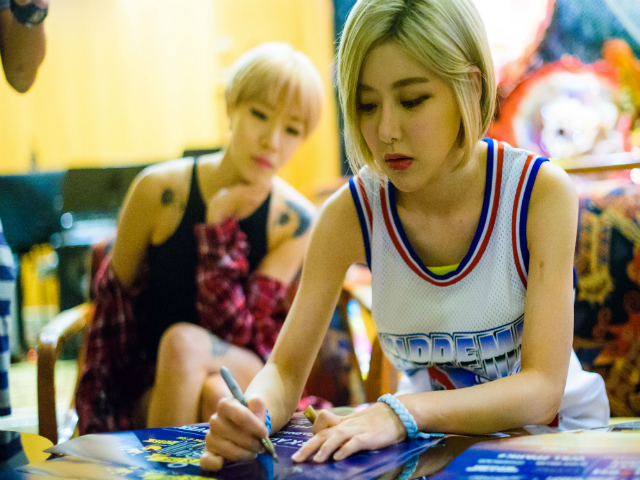 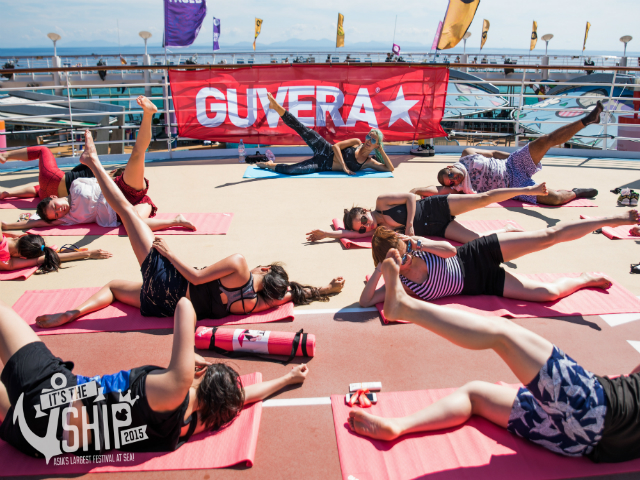 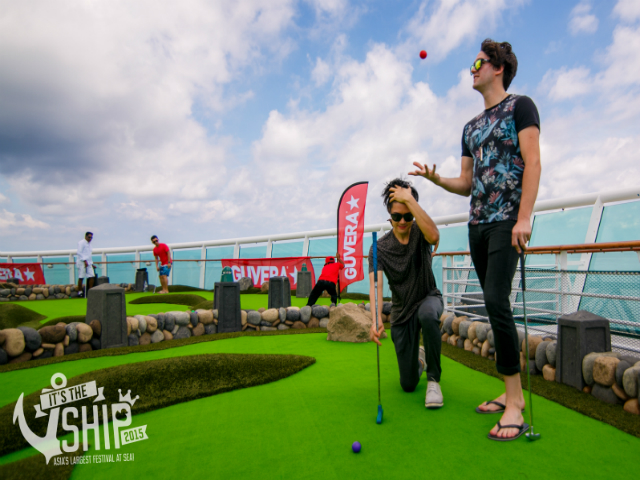 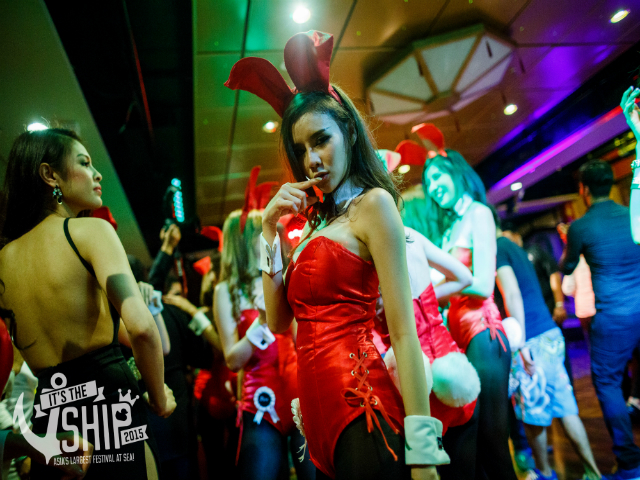 The Other Stuff You Could Do

Yay: Although it’s been proven that we can dance for hours on end, we needed to catch our breaths too. While we were left spoilt for choice with the ship’s ice rinks, cinemas, rock walls, casinos and spas, we chose to refuel at the Windjammer Café, which served a 24-hour buffet – how else d’you think we kept going?

Nay: Some might say that shrinking the It’s The Ship duration from four days to three was a good move. But we would’ve preferred more time to try out everything! And with the ship’s dubiously flaky Wi-fi, we were honestly quite happy with the cold-turkey detachment from civilisation back home.

The Vibes of the Party Peeps

Yay: No cabin fever with these fellas and bellas! With sufficient personal space on all decks, there was no suffocating sense of overcrowding – plenty of fist-bumps, warm smiles and candid chatter all around. Plus hey, the eye candy of beach bods didn’t hurt.

Nay: That said, you’ll always encounter the one (or two) douchebag who chooses to display manly (albeit misplaced) dominance by showering everyone with his $500 champagne, or choosing to start a scuffle with random blokes who ‘looked at him funny’. Thank goodness for tight security!

Yay: 10am rise-and-shine breakfast? Err, no. More like a 7am post-party munch after you’ve danced all night ’cos the music is so damn good. Not to mention that celebratory sunrise? Absolutely worth it.

Nay: Those hangovers that last ’til the afternoons. Ugh. 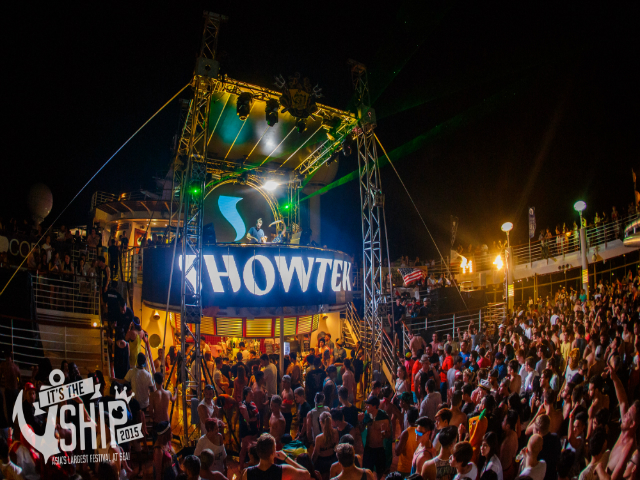 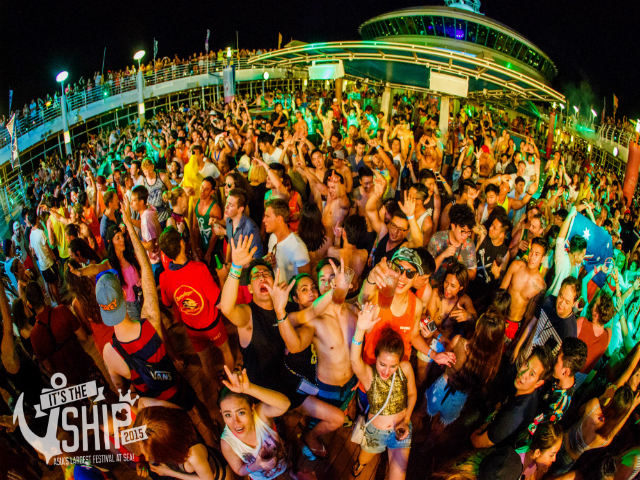 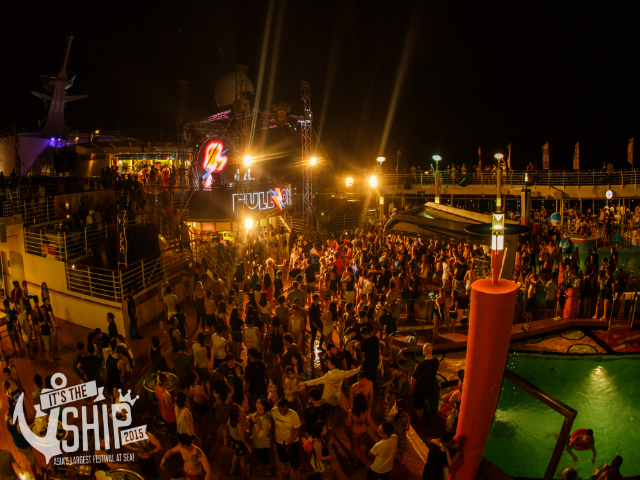 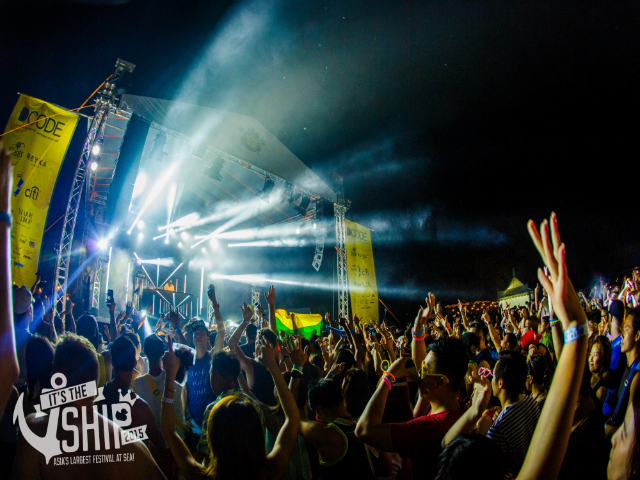 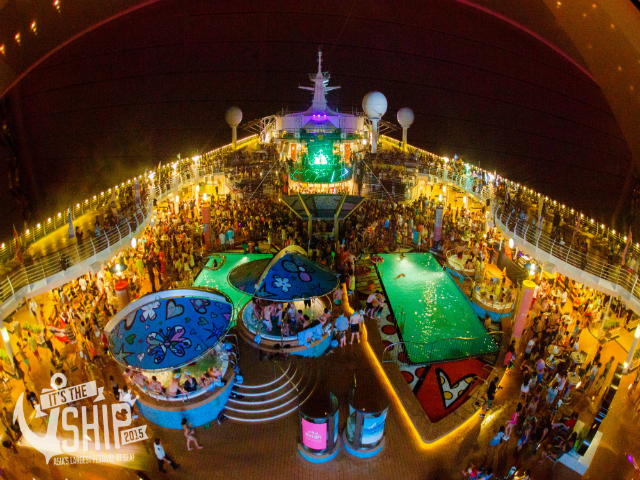 See you onboard next year!

Looking past the minimal flukes and fumbles, It’s The Ship was definitely not a disappointment if you were expecting a party like no other. With essentially endless flurries of quality music, top-notch facilities and service, and a peculiarly comforting sense of isolation from anxieties back home, this nautical journey is one that we hope keeps on sailing for the years to come.

For future updates on It’s The Ship, visit its official website.