Our eyes lit up like fireworks when the Neon Lights music festival (there’s gonna be art too!) announced its debut shindig on our shores. Yes, international indie sensations like Daughter, Damien Rice and Ratatat make us weak at the knees (that’ll be us – the ones tumbling all over Fort Canning Park). But truth be told, we’re most stoked – and proud – for the amount of local exposure that Neon Lights is providing for Singapore bands. Lost Weekend is one such quartet that strikes our fancy; these deadpan-humoured folks make sunny, carefree indie-pop with gritty undertones of guitar-screeching alt-rock. We chit-chat about the Neon Lights hype, favourite Singapore hangouts, and how they deal with anger management.

Hey guys! Congrats on the Neon Lights opportunity. How do you feel about playing in such a star-studded festival at Fort Canning?

We can imagine! How did y’all celebrate upon receiving the good news?

We usually celebrate any happy occasion with chilli crab and beer – Golden Spoon at Seng Poh Lane is our de facto hangout.

Your songs have this retro tint to it – the filters, the sunny back-up harmonies and such. Are y’all influenced by the nostalgic tunes of the oldies?

We all grew up listening to ’90s alternative rock, so that plays a major influence in our music. Are the ’90s considered nostalgic? I guess we’re old now. But that said, we’re music fans first and foremost, so we have a healthy respect for a lot of the greats before us. Some of that definitely found its way into our debut album.

Speaking of rewinding the clock, can you tell us how y’all first met?

We met off Craig’s List. One of us was looking for a casual encounter or a fun night out – said member got stuck with us instead. Funny how life is.

Your debut album recently came out in August, though we know that some of these songs were written years ago (we’ve been fans from the beginning!). Was it hard holding on and still believing in the material as the years passed by?

Well, we definitely believed in the strength of the material that made the cut on the album. The intervening years allowed the songs to mature and develop. It also gave us time to do some objective self-reflection and cull the weaker material from our repertoire.

Do you fellas have day jobs?

We all have day jobs that keep us fed, which is a great thing when you need to buy new gear or pay for studio time. It’s not so great, however, when it comes to maintaining a work-life balance.

Do you think the appeal of the “indie band” still exists?

Indie is the new pop, basically. It’s gotten bigger, brighter and more in your face. It doesn’t really bother us though, as we’re not “indie” loyalists. We just enjoy good music, and the labels don’t matter much.

While some of your songs portray a poppier side of indie music, there are also grittier ones like “What Do You Call It” and “Wild Ones”. Is it more fun shedding light on the aggressive side of Lost Weekend?

We enjoy juxtaposition in music. We try to keep elements of pop in our grittier songs, and elements of grit in our poppier songs, so the divide isn’t really that clear to us. That said, “What Do You Call It” and “Wild Ones” are some of our favourite songs to play live. It helps with the anger management.

We were watching your music video for “Mornings” and couldn’t help but notice wrestling clips in it. Are y’all big wrestling fans too?

Yes! Big shout-outs to SPW [Singapore Pro Wrestling] for putting on some of the best live entertainment Singapore has to offer. We’ve been hooked since we caught our first SPW show almost a year ago. If you haven’t already witnessed the majesty that is SPW, do yourself a favour and check it out. Also, see above on anger management.

As Honeycombers covers all tenets of lifestyle, we’re also quite curious to know any fitness or beauty routines that you guys partake in. Do tell, please!

We’ve heard that bathing in the blood of the innocents does wonders for your skin. Otherwise, we’re also casual parkour enthusiasts.

Right, guys… Lastly, what are some personal recommendations that you can give to our readers for a kickass weekend in Singapore?

Watch some pro wrestling! Catch some live music! Eat delicious food! There’s tonnes to do here, so there’s really no excuse for not having a kickass weekend. Make sure you get out and explore, otherwise you’ll end up with a…Lost Weekend. 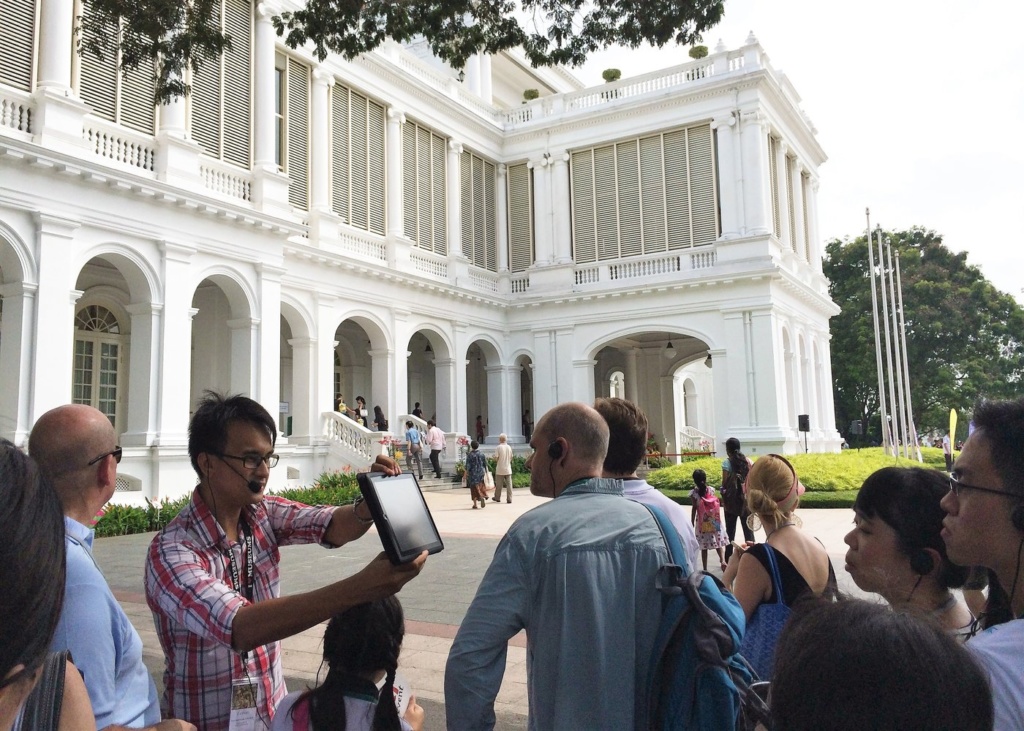