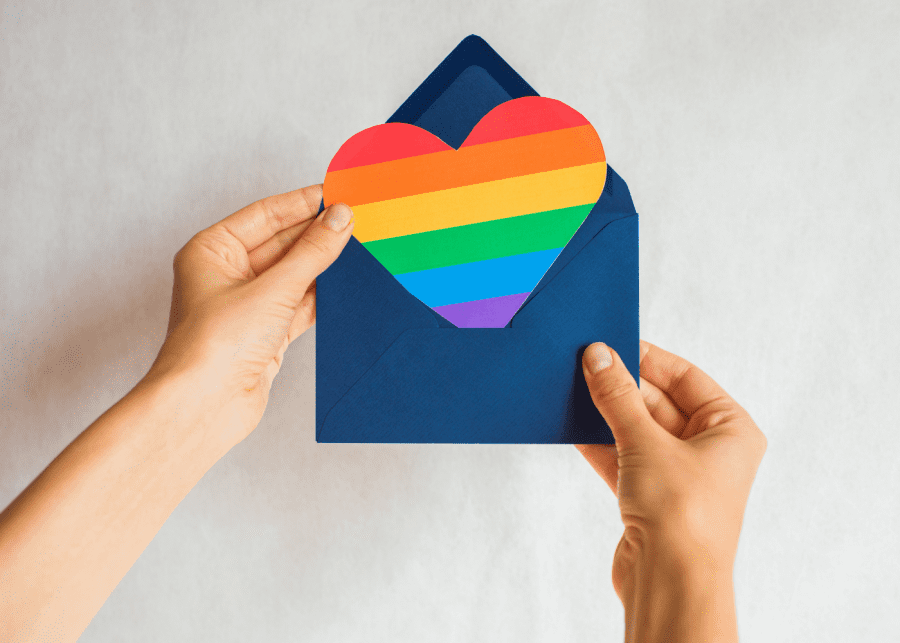 Out of the closet and into the rainbow! Five individuals from the LGBTQ+ community share their personal coming out stories with us.

Coming out is a very personal choice for LGBTQ+ individuals. Especially in a heteronormative society where queer voices and spaces are scant. But the LGBTQ+ community is slowly gaining visibility in Singapore – events like PinkDot and PinkFest are paving the way to a more inclusive environment. Yes, the road to equality may be a long one, but that hasn’t stopped these individuals from coming out of the closet. Here are five heartwarming, inspiring and brave stories that serve as a reminder to love ourselves. ‘Cos at the end of the day, love wins.

Poignant coming out stories in Singapore

“Not being able to express myself in front of anybody, or show love to my partner in public, took a toll on my mental health and my relationship with everyone.”

After my first very closeted relationship, I realised I wanted a normal life because there were repercussions to suppression. Not being able to express myself in front of anybody, or show love to my partner in public, took a toll on my mental health and my relationship with everyone. I wasn’t able to build genuine connections.

So I started being genuine with myself first. What do I want for myself? Who am I? Am I proud of who I am? Then I took the next step of developing honest and truthful connections. So I came out to one of my best friends, then another, and so on. And now (while I still have to come out to new friends every now and then), I’m absolutely proud of myself. Not just for owning my sexual preference, but for showing that I’m so much more than that!

I’m still closeted with my family. And it’s still not easy for me to, for example, hold my partner’s hand in public. But I feel like the least I can do for myself is to not let my own fears of being exposed overtake what I want for my own life. So I remind myself of that every time and make conscious efforts to try and defeat my insecurities. “I unknowingly came out for the first time – even to myself.”

I lived a rather heteronormative life throughout my teens and early adulthood. I only knew the script of life where “boy meets girl, [they] get married and have kids.” That’s what I saw all around me and I was ignorant of the LGBTQ+ community. Luckily for me, my parents have always told my sister and I to live independently, freely and be true to ourselves.

Till my mid-twenties, I only dated men. I was comfortable with the relationships and some were better than others. Whilst in these relationships, I always asked myself, “is this someone I would spend the rest of my life with? / can I be stuck on an island with this person?” And the hand-to-heart honest answer was always “no” because they weren’t the right piece of my puzzle.

When I was enjoying the liberation of being single, I met someone through mutual friends. It was an easy conversation. We got along and I was pleasantly surprised that I felt very comfortable with them. As we were getting to know each other, I mentioned liking them to a friend I had known for years. She said, “oh, I didn’t know you liked girls.” I was genuinely puzzled because why should gender matter? I met someone and I like them as the person they are – it wasn’t a “girl or boy” thing.

In hindsight, I believe that was the first interaction that made me re-evaluate how I told people about this person I liked. And that may have been the day, 11 years ago, when I unknowingly came out for the first time – even to myself.

In the early days, coming out to family, friends and close colleagues were filled with nervousness, the need to explain and the fear of being judged. However, I’ve been lucky not to deal with rejection or judgement because of the gender of the person I’m with.

Eleven years on, coming out has become somewhat easier in some settings. I’ve definitely become more confident when I need to enlighten someone that my partner, whom I have chosen to be stuck on an island with, is a “she”.

“One of the reasons I wanted to come out to my family was because I wanted to share my happiness with them.”

I’ve always known I was a little different from everyone else around me. I just didn’t see myself on TV and in books. It was only when I was in secondary school that I found a name to describe myself. I was in the closet throughout my teenage years and because of that I always felt I was keeping my close friends at arm’s length.

When I did come out, I lost a few friends. But in hindsight, it helped me weed out the fair-weather friends. Part of me wanted to make a big deal out of it (I love the drama!), but another part of me wanted to make it seem like something trivial. I was lucky to have friends who were understanding, despite some of their religious upbringings. I clearly remember one of my friends telling me ‘love is love’ and I’ve always held onto that.

I didn’t feel the need to tell my parents till I met my partner. One of the reasons I wanted to come out to my family was because I wanted to share my happiness with them. So after playing out the worst-case scenario in my head over and over again – and with a little liquid courage – I told my mum. She took it really well; she was surprised in a good way. My dad’s reaction was a little modest, but I think it’s an Asian dad thing (read: not a fan of overtly showing emotions).

I’m a proud gay man, but that doesn’t mean I go around telling people I’m gay. Thanks to the media and internet, LGBTQ+ visibility is more pronounced and I don’t have to be seen as an ‘expert’ on this topic.

“My coming out moment was not a choice.”

I was very sporty in my primary and secondary school years. I always kept my hair short,  and when my relatives or parents asked, I would say it was easier to maintain in Singapore’s humid weather. I didn’t necessarily dress masculine but I wasn’t feminine either.

When I was 18, I started developing feelings for my best friend. We both decided to keep it a secret, afraid of what our friends and family might think. Looking back, I think my parents might have suspected it but they didn’t say anything. I would have my girlfriend over for dinners and sleepovers. My coming out moment was not a choice. It was Valentine’s Day and my mum came across the card I wrote for my girlfriend.

I really didn’t know what to say when my mum questioned me. The only solution I could think of was to tell the truth. Both my parents were extremely disappointed and it was pretty tough being at home during that time. Now, they’ve more or less accepted who I am. It took a lot for my parents to get where they are now. For that, I’m very grateful. I don’t know if I would’ve come out of the closet if that incident didn’t happen. Sometimes life just works out.

“It was really inspiring to know someone from your family who’s out and open.”

Coming out starts with self-acceptance. That was something I had to learn by myself. I tried dating girls but it just didn’t seem to click. As I entered my 20s, I drowned myself in work to distract myself from dating and used it as an excuse when my parents questioned me on whether I was seeing anyone. Chinese New Year always made me nervous. It was always about my dating life and when I would get married.

Coming out was out of the question for me. I couldn’t accept myself so it didn’t make sense to put myself in a position where I was seeking acceptance. One day, I came across my cousin on a gay dating app. I chatted him up without revealing my face. Over the next month, we chatted and emailed. It was really inspiring to know someone from your family who’s out and open.

After several rainchecks, I met him and he was definitely surprised. We started hanging out, and he introduced me to his social circle. Slowly, I started accepting myself and felt really comfortable in my own skin. I widened my circle with people from the LGBTQ+ community. It’s really comforting to know you’re not the only one with similar struggles.

It took me a couple more years and moving out to feel safe enough to come out to my parents. By then, my parents gave up on the idea of marriage for me. When I eventually did come out, they didn’t say much. They hugged me and told me, ‘it’s okay’. I don’t have a boyfriend at the moment, but I’m confident enough to share that part of my life with my family when the day comes.