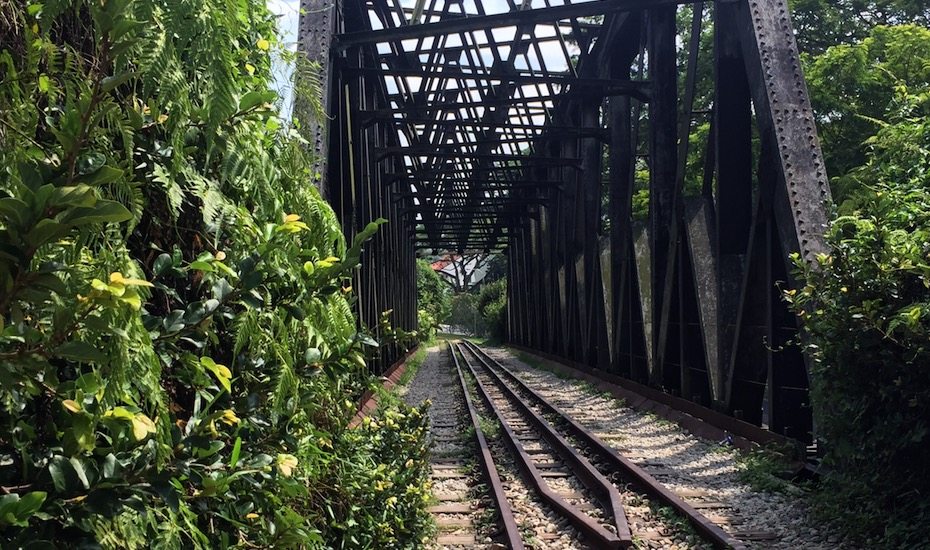 This isn’t just a cluster of cafes and huge houses. We followed the new Bukit Timah heritage trail and completely rediscovered this neighbourhood...

Don’t you just love hanging out in Bukit Timah? Long brunches at the cafes, horse-riding, premium grocers, retail therapy and nature trails to discover – this neighbourhood has everything. Besides living the good life, Bukit Timah is an estate steeped in history.

Older generations might associate it with the idyllic kampongs in the area or the battles fought on the land before the fall of Singapore on 15 February 1942. Some would remember Beauty World and the liveliness it brought to the neighbourhood, and others until now still return to the famous Adam Road hawker centre for their regular nasi lemak fix. Holding both local and colonial heritage, it’s no wonder many are attracted to the charm of Bukit Timah. As well as others who want to do a trail of Bukit Timah.

All photography by Delfina Utomo

First launched in 2007, the Bukit Timah Heritage Trail has been refreshed by the National Heritage Board to include new places of interest, and this time, oral histories from people in the community. Choose between three thematic trail routes, whether it’s WWII history you want to focus on or the kampong life you want to explore. Want to see and learn everything you can about Bukit Timah? There’s a trail for you mega history buffs as well.

Back to Bukit Timah: what’s on the trail

Know your granite!
Before it was brunch central and prime real estate, the Bukit Timah area was an industrial hub in the 1950s, and it’s where factories like Ford and Yeo Hiap Seng (of Yeo’s packet drinks) set up shop. The quarrying industry was also a prominent business in the area after the opening of Bukit Timah Railway Station.

Fun fact: The granite mined there was used to build the infrastructure of the Causeway and roads. You’ll also find the former granite quarries in the area (it’s beautiful by the way) – hit up Hindhede Quarry in Bukit Timah Nature Reserve, Singapore Quarry and Dairy Farm in Dairy Farm Nature Park.

Not quite a Beauty World
Before Beauty World was known as a popular market and shopping destination, it was known as the Tai Tong Ah Sai Kai amusement park during the Japanese Occupation and was one of Singapore’s largest gambling halls (take that, Marina Bay Sands!).

Fun fact: Gambling was actually legalised during the Japanese Occupation because banana notes were in short supply and Japanese sought to combat inflation by encouraging gambling to distract locals and prevent them from starting an uprising. 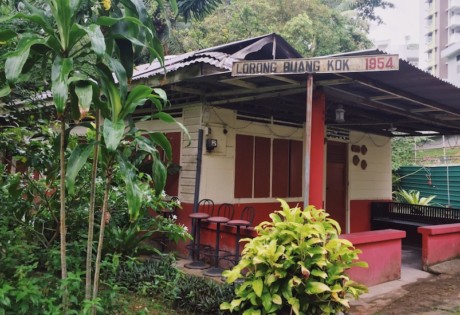 Singapore still has kampongs? We found the last one.

Affordable housing in Bukit Timah? Not these days…
Before the HDB masterplan was introduced and affordable housing for the masses became such a hit, entrepreneur and philanthropist Lee Kong Chian developed Fuyong Estate in 1950s to solve the problem of overcrowded dwellings in town and in rural kampongs around Singapore. The lease for the estate, which is nestled behind the Rail Mall in Upper Bukit Timah today, expires in 2046.

Mosques and temples in the ‘hood
As a remnant of kampong life, Masjid Al-Huda and Hoon San Temple are two religious establishments that still stand in the the exclusive residential enclave of Sixth Avenue. Hear stories from the custodians about kampong life in the past.

Way before MRTs made our lives easier…
It’s easy to take things for granted – things like complaining about train breakdowns, delayed commutes, not having a seat on the train… Back in the day, the country’s first trains ran along the railway in Bukit Timah. Even in the 1800s, this had to be constructed to ease the traffic flow along Bukit Timah Road (the equivalent of morning traffic on our expressways). Parts of the railway that are in the Rail Corridor have been added to the refreshed Bukit Timah Heritage Trail, making it accessible for the public to explore the original structure of the train station and even the station master’s house. Cameras out: this stuff is definitely photo-worthy.

Like this story? Here’s more we think you’ll enjoy:
Explore the last kampong in Singapore: Kampong Lorong Buangkok
Put your good walking shoes on: Nature trails in Singapore
Step inside the kooky world of Haw Par Villa
Take a peek into Golden Mile Complex
Heritage buildings in Singapore we hope to see standing in the next decade