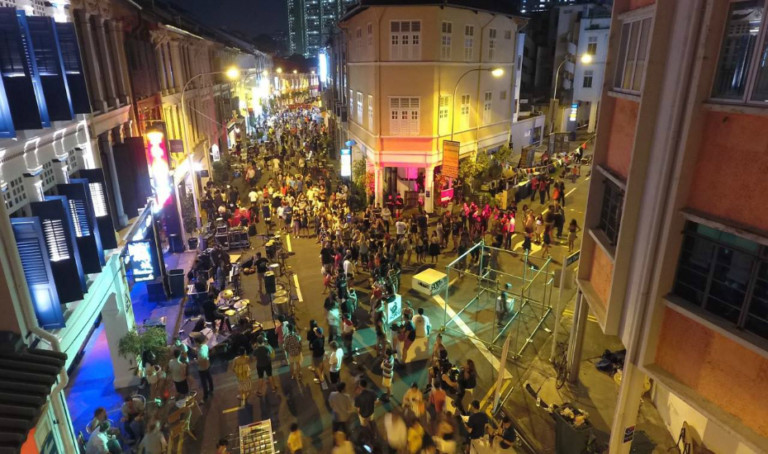 Once again, the hip Keong Saik Road is making way for the second edition of the Urban Ventures block party, brimming with music, food, drinks, activities and more

Who’s game for a block party along one of Singapore’s hippest streets? As if Keong Saik Road couldn’t get any cooler, the street will soon host a musical bonanza of local acts, and this pop-up event on 18 February is completely free to boot!

This year, the design dynamos behind Urban Ventures are joining forces with Noise Singapore to showcase a whopping number of 21 homegrown musicians from the Noise Music Mentorship of 2016. There’ll be both a live stage featuring full bands like indie-rockers Bakers In Space and alt-rockers The Great White Lark, and an acoustic stage with stripped-down sets from the r&b-influenced Ffion and shoegazers Subsonic Eye. What’s more, DJs Brendon P, Oliver Osborne and Sivanesh will keep you grooving all day to smooth house tunes at the Electric Avenue – co-organised by Sunshine Nation and Eyes To The Front.

And if this is anything like Urban Venture’s past shenanigans at Keong Saik Road, we’re betting that there’ll be a re-appearance of scrumptious bites and tipples (we spot stalls from The Cufflink Club and The Populus) and zany off-stage performances like the pole dancers from Acro Polates.

If you haven’t found a reason to check out Keong Saik yet, this is it.