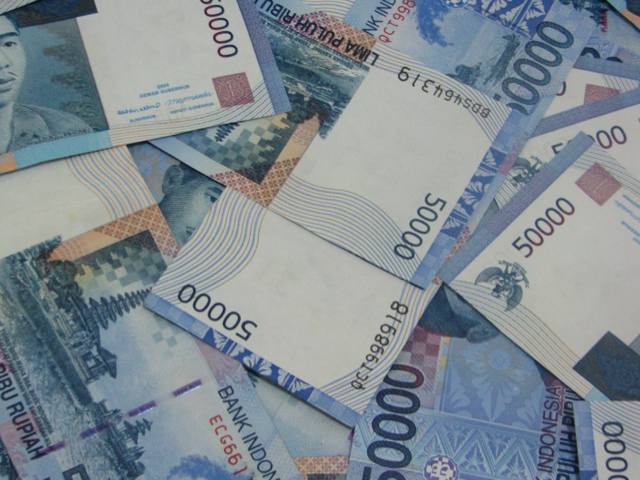 In Jakarta, everyone expects a tip, even for the smallest service. Lucky for us though, the standard amount for tipping here is far below international standards. If you often get confused about what is reasonable, here is a quick guide on how to show your gratitude in three common places.

Restaurant
How many times have you heard that if there’s a service charge on the bill, then you don’t have to tip? True … but one thing you should remember is that the service charges get added together at the end of the night or week, then the total is divided evenly amongst the staff. So your wonderful and super helpful waitress gets the same amount of money as the next table’s lazy and rude waitress. Sound fair to you? We think not!

If you’re happy with the service, the best way to show your appreciation is by giving your server an extra tip. In Jakarta, the 15-percent rule does not apply. A Rp. 10,000-20,000 tip is enough for most places. You might want to tip more at fine dining spots. But no matter the amount, the tip is about rewarding the server who actually comes back to check on you periodically and delivers your food in a timely manner (a rare thing in J-town!).

Beauty salon
At the salon, you are pampered by a small army from the person who washes your hair, to the hairdresser who cuts it, to the staff member who blow-dries your new cut, not to mention the assistant who applies the dye to your locks. Seriously? How many people are we tipping? Unfortunately, all of them. A smart thing to do is to request “the works” by your hairdresser to avoid tipping the whole salon. But here’s a rule of thumb: always carry Rp. 20,000, 50,000, and 100,000 notes when going to the salon. The washing attendant should, at the most, get Rp. 20,000 or whatever you think will buy him lunch from a street vendor. For blow-drying, depending on the style, that person should receive a minimum of Rp. 30,000. For your wonderful hairdresser, no matter if a trim or a full-blown makeover, you should set a standard. We recommend Rp. 100,000 to establish a good relationship.

For those who prefer snips from the salon owner, be mindful that they expect a tip too. You should at least double the amount that you would give another stylist at the salon.

Hotel
Here’s another never-ending tipping story. A hotel has a large staff responsible for a variety of different tasks that will cost you. Let’s start with the bellhops, for each piece of luggage they carry for you, a Rp. 10,000 note will suffice. While tips for the concierge who fetches you a cab or helps with travelling plans and events can get a little tricky because the amount should vary depending on the service they are providing. You don’t have to reward them every time you ask for directions, but do give them a generous amount for hard-to-get reservations. The amount is at your discretion, but Rp. 50,000-100,000 for a hard task will be much appreciated.

People often forget is to leave a tip for the housekeepers even though they clean your uber-messy room including, but not limited to, dirty clothes, linens, and dishes. The best way to say thank you is to leave a daily tip with a note on the hotel room desk (the note is important so the housekeeper know that tip isn’t loose change). At a bigger chain hotel, you’ll probably won’t get the same person cleaning your room twice, so we suggest a daily tip of Rp. 10,000-20,000.

Did we nail it? Too much, not enough? How much do you usually tip? Let us know!

To Tip Or Not To Tip?