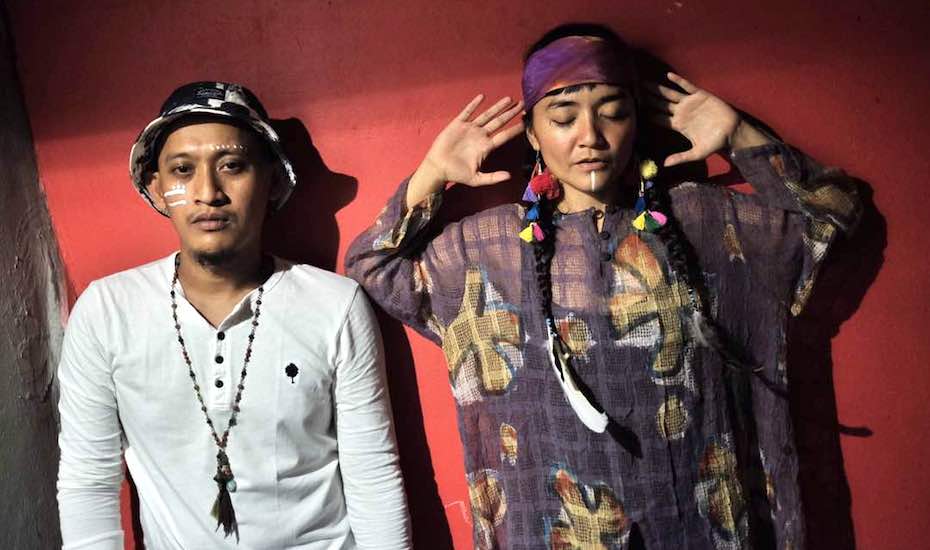 If you don’t know Stars and Rabbit yet, get to know these indie artists from Yogyakarta now.

We love it when artists hailing from local soil make it in the international leagues. 2017 was a big year for Stars and Rabbit, the pop folk group from Yogyakarta, which started out as a duo with guitarist Adi Widodo and vocalist Elda Suryani at the lead. They paved the way for Indonesian indie bands with a first-ever appearance at Laneway Festival in Singapore early this year, and have been touring non-stop ever since. Their sound has been described as quirky, thought-provoking, and filled with raw emotion and they are poised to dominate the music scene for years to come. Their unique and distinct musical style even landed one of their songs on the musical soundtrack of a Hollywood film. We got the chance to catch up with Adi and Elda fresh off their whirlwind tour after Kepencet Music Festival. Go ahead and check them out.

Hi Stars and Rabbit! Looks like you’ve been busy touring all summer. Tell us all about it.
Elda: Hello! Yeah, it’s been a fun buzzing year. We’ve traveled to so many places now, yayyy! So many blessings and positive vibes around. And we plan to go with the flow…
Adi: The UK tour, it was bloody fun! We got a totally new experience from that journey, we were able to go to the city of the music centre and meet a lot of new friends.

From Laneway to Kepencet Music Festival, you’ve really played in a lot of festivals around the world. What’s been your favourite festival/live concert experience so far?
Adi: We’re grateful to have been able to play in a lot of festivals and events and every single one of them gave us a new different experience. Take Laneway Festival, they were so meticulous in holding that festival, a lot lessons were learned. Backstage, there were no boundaries between artists, all the performers blended with each other, and I think that’s awesome.
Elda: To me, it has to be Laneway 2017. We were given the chance to actually mingle with all the artists and see them as a normal human being, which was cool!

You’ve been compared to the greats such as Sigur Ros and Bjork. Who are the musicians or even artists that you look up to the most and why?
Adi: Haha, both are great but we weren’t really looking to be like them, we just wrote music based on what we were feeling at the moment. I like a lot of acts, but I love Brit-pop and anything in between.
Elda: Hmm… Jewel, Sheryl Crow, Alanis Morissette, Sia…. Ahh, so many! Their presence opened something in me toward infinite possibilities with being their truest self.

Your music videos are very intricate, where do you get the inspiration for them?
Elda: Haha, I hope in a good way! It always begins with me telling the story of the songs to the director. Why I wrote it, why I picked a certain lyric to represent the feeling, how did it all start, what’s the correlation between then and now – all the bits, as honestly as I can. From that story, we brainstorm. We share point of views and we are led to things that can represent our creative minds and I think that’s when we inspire each other.

What is the highlight of your musical career so far?
Elda: Creating our own tour abroad.
Adi: I’m so grateful with everything I have and gone through with Stars and Rabbit – finishing writing the first album, all the challenges we’ve been through, going to a lot of places and events. I got to achieve that with Stars and Rabbit and yea, there’s still a long road ahead.

What was it like when “The House” was selected to be a part of the soundtrack of “Wander”?
Adi: I was so happy because it was one of our dreams to have our song picked to be on a soundtrack because movies are one of our biggest inspirations to write music.
Elda: My reaction was, “Now you get one thing on your bucket-list checked!”

You’ve been around since 2011, but your first album was only launched in 2015. What is the recording process like for you? Did you have a lot of tracks that don’t necessarily make the album cut or do you perfect every single track until it’s album ready?
Elda: It’s been a long waited album indeed. We’re always evolving in the recording phase. We realized that there are so many new experiences to take. Sometimes it gets overwhelming, but we enjoy every step. There’s no point to rush it.
Adi: Yes, all those limitations took us long to finish the album plus we had done a lot of workshops to perfect those songs.

What song do you feel most connected to and why?
Adi: Almost every song I guess, for all the emotions spilled on them.
Elda: “Man Upon the Hill” because I wrote it. It’s my opening.

What would you be doing if you weren’t a musician?
Elda: I’d be a florist who sells flower from her own garden.
Adi: Probably opens some restaurant.

Are there any younger local talents that are inspiring you at the moment?
Elda: Sandrayati from Bali.

What’s next for Stars and Rabbit? Can we expect a new album any time soon?
Adi: We’re perfecting the SRXBS, the collaboration project with Bottle Smoker and yes writing materials for the second album. First eatery you go to when you’re back from from tour
Elda: Tebet 39