At UK/ID Festival, we got the chance to sit down with Dan Croll to talk about social media, communication, and his sophomore album “Emerging Adulthood”

If you haven’t had the chance to listen to Dan Croll, he is one British pop singer-songwriter you need to get acquainted with now. The former rugby player switched gears when he broke his leg at 18, and the accident prompted him to throw himself into music, which got Croll into Liverpool Institute for Performing Arts, one of the most prestigious art schools in the UK. Fast-forward to today and Croll’s musical resume includes one-on-ones with the legend Paul McCartney, a notable feature on Burberry Acoustic, performances on Jimmy Kimmel and other major festivals around the world. This summer, Croll released his second album, “Emerging Adulthood,” a feat where he challenged himself to create the entire record solo. We got the chance to sit down with the majorly talented artist – who would rather be compared to the Beach Boys than the Beatles – right before his concert at UK/ID.

Hi Dan! What have you been up to in Jakarta so far?
To be honest I’ve been in the studio a lot – we’ve been doing a collaboration with a local artist, Thearosa, it’s been really fun. We’ve just been hanging out at the studio and taking a lot of Go-Jeks around, which has been terrifying but also great at the same time. Eating a lot of strange foods, which thankfully I’ve survived.

We’ve seen you during the week checking out some of the other sets before your performance tonight. Any notable artists that have caught your attention?
Yeah, we saw Chloe Martini and the girl before her, Neonomora, she was really cool with the drums. I would’ve loved to see Afrikan Boy! 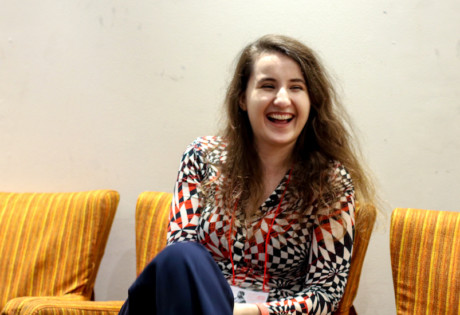 Sound Minds: We chat with Chloe Martini at Archipelago Festival

What does it feel like when you’re told that you have of fans in a country like Indonesia, where you’ve never been before?
It’s really crazy that big thing with social media just to see where people are. When we’re back home and looking at streams like Spotify, you can see where people are based, and with Instagram so many more people from Indonesia are saying, ‘Come to Indonesia!’ It’s really been building and visible, so it’s exciting to see how it’s gotten that far. Not long ago it was just the UK, and now it seems to really be reaching. I don’t know how, but I’m very grateful.

You just released your sophomore album “Emerging Adulthood.” Were there any surprising things that you discovered about yourself creating this album?
The process was, for me, trying to find out how far I could push myself. With the first album, lots of people played instruments on it, there were lots of friends in the studio, but this second album for me was like, I want to see what I can do totally alone in the studio, and see if I can actually do it. So it’s me playing all the instruments, writing all the tunes, and I kind of pushed myself to probably the furthest I’ve ever pushed myself. I think I’ve pushed myself to the farthest I can go and it’s nice to know that I can do it. It’s a nice feeling.

What are the main messages you want to convey through the album?
The main message is communication and how important communication is. Lyrically, this album talks about mental health and the kinds of ups and downs I had whilst I was writing the album. Some of the lyrics are a bit dark, the lyrics are very personal, about what I was dealing with, and while some of the topics might be negative, I want people to be able to connect with them and feel like, ‘Ah I understand it,’ but also understand it in a more positive light and feel okay. And accept that most people feel like that from time to time.

Speaking of communication, we also heard about your Dial Dan campaign – we think it’s so brave of you to open yourself up to talk to complete strangers in an era where people are too lazy to reply a text! What prompted you to start it and were there any specific conversations that stuck with you after?
The way that it all started is well, social media is a great thing. It’s great for some things, but also it makes us very anti-social. I wanted to talk to my fans and get excited about this new record. So I was spending four hours a day on my laptop, on Facebook, Twitter, Instagram, and it took it out of me. I didn’t feel like I connected with my fans that well, because I was just sat at a computer, so I was a bit tired of it. I spoke to my manager and the label about it, and we were like, ‘Oh we need to fix this.’ So we started brainstorming some ideas and someone just said, ‘Oh you should just give them your phone number,’ – just as a joke – and it was actually a really good idea. I love phone calls, because when you’re typing a message on Twitter, you think about it, you retype it, delete it, and with a phone call you can’t do that. You say, ‘Hello, how are you?’ and then, who knows? It can go anywhere. So I got to really know people, where they were from, what kind of music they liked, what their hobbies were, why they liked my music, where they were from, where I should go for my next tour, and stuff like that. I learnt so much more than I would’ve learnt from social media, just by being direct on the phone.

In terms of conversations, they just talked about everything. People got the opportunity to ask me anything and I could ask them anything! I realized that a lot of my fans were young, and were going through school and just wanted someone to talk to other than their parents or their teacher. They just wanted to offload about how, ‘Oh this exam’s got me stressed,’ and chat about it. They felt better about it by the end of the call. It was really, it felt really good.

So it was therapeutic in a way.
Massively, for the both of us.

Which song on the album do you feel is most personal to you?
Maybe January. It’s all about how the year is so full with traveling, running around, touring, recording and everything, and the one time of the year that you have off is December, and you’re like yes! But then before you know it, it’s January. And you do it again. So it’s quite personal, just trying to see friends and family, and have relationships in this small window of time.

Speaking of travel, where is the most unexpected place your career has taken you?
Places like here! I was very late to music, like 18 or 19, and I think most of my friends and musicians around me who do music have been doing it for much younger, like 8 or 10, and they’ve had more time to think of aims and places they want to go. But for me, because it still feels quite new, I don’t really have any expectations. So any time we’re asked to go anywhere, it’s like, ‘Oh really?’ We’ve been on an American tour, which has been crazy to go over to America and play shows, and we’ve been over to Sydney to do promo, and it was the first time I’d been to Australia, and now we’re in Indonesia, and it’s just quite strange. I don’t know why me, but I’m very happy.

Where is your favourite place to perform?
There are so many. Especially venues – you just realize when you’re touring, how important venues are. And how important a good venue is. Especially if there’s a bit of history about it. You can play some quite incredible old ballrooms and venues and festivals. I think Europe do festivals really well, I love going to European festivals. We’ve even played on boats – once we played a show on a floating raft on a river in Switzerland. It was on a very fast moving river, and so the raft was kind of tilted, and we just about fit, and we’re in the middle of the river with a mic, and you’re like playing, whilst getting a bit seasick. That was fun.

We read that you didn’t really grow up dreaming of being a musician, what was the pivotal moment that made you really want to make it as an artist?
I broke my leg – that was the main thing. I played rugby up until I was 18, and that was all I did every day, every hour, just play rugby and sports. I broke my leg and couldn’t play rugby anymore and the only other thing that I had in my life that I enjoyed apart from rugby was music. I hadn’t really written music before, I had only listened to it. But there was moment whilst I was recovering at home and listening to my mums records, I thought, these people, this was their jobs, and that must be a cool job. And so I was like, I think I want to learn how to write songs and do music.

Hypothetically if you could do another career 180, what would you be?
I haven’t gotten anything else left! Rugby and music were my only things, and so now it’s music, and I think it’s all or nothing.

Do you remember what records you were listening to when you first fell in love with music?
My mum loved James Taylor, Joni Mitchell, Eva Cassidy, Paul Simon – all of these big songwriters.

The remix of your song “From Nowhere” got put on the Grand Theft Auto soundtrack. How do you feel when you hear your songs being remixed by other artists?
It’s good – it’s quite nerve-wracking sometimes. My knowledge about electronic music, like remixes, isn’t that good, and so I’m like, ‘Is this good?’ I don’t know. But with the Baardsen remix on GTA 5, it was a close friend who did it, so I remember he sent it to me, and I listened to it and I was like, ‘Oohh, this is good.’ This needs to be the first remix to go out, so yeah straight onto the GTA 5 compilation and the soundtrack. That was kind of like a childhood dream come true.

If you could collaborate with anyone living or dead, who would it be?
I think it would be great to collaborate with Bowie, I think he would be a really fun guy as well. Or maybe one of the guys that my mum used to listen to, so maybe someone like James Taylor, someone classic American folk, I’d love to do that.

Finally, what do you miss the most about home when you’re on the road?
Cups of tea. We’ve been away for two or three weeks now, and then before that we were gone for a month and a half, and I’ve been craving a proper cup of tea!