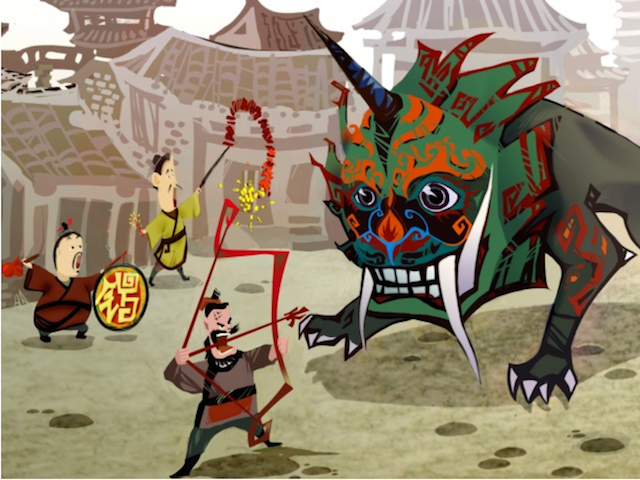 A Guide For The Uninitiated

A favourite amongst the Chinese during Lunar New Year, the Lion Dance is believed to start the year off on an auspicious note. Do not attempt this at home! Leave it to the trained professionals who know what they are doing, even though it may not appear so the first time you see the dance.

Here is a guide to help you understand this most intriguing (noisy!) and traditional of Chinese customs that symbolizes good fortune for the year ahead.

Going back almost 1500 years, the dance originated from the Chinese legend of Nian – a beast that terrorized a Chinese village every New Year’s Eve. The villagers got together and came up with a plan – they created an elaborate red lion costume and imitated a lion to scare away the beast. The accompaniment of loud gongs, cymbals and drums successfully drove the Nian away.

While we’ve heard many versions of this Chinese folktale growing up, the Lion Dance has become a popular interpretation by acrobatic and dance troupes as part of the New festivities to ward off bad luck, and celebrate the Chinese heritage. 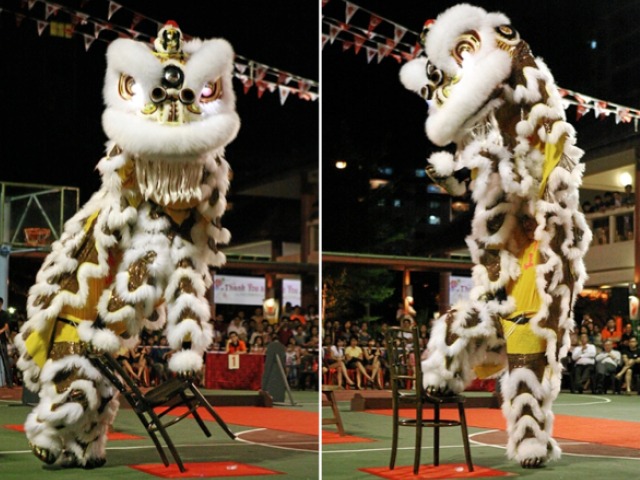 During the Chinese New Year, Lion Dance troupes perform the traditional custom “Cai Qing” (loosely translated to mean “to get the greens”). There are many variations of this festive ritual, but most commonly, raw vegetables are prepared, with a red packet filled with money tied with a string around it. In the Chinese language, vegetables are called “cài”(菜), which sounds like “cái”(财), another Chinese character of a similar pronunciation meaning fortune.

The ritual sees a man dressed as Buddha leading the lion to get the vegetable (thus attaining good luck and fortune) through a series of challenging dance moves and obstacles. It usually concludes with the lion “spitting” the cabbage out and arranging the pieces into an auspicious Chinese character.

This skilful dance requires two people to a lion – one to maneuver its head and one for the body and tail. Elaborate stunts and jumps atop poles are not uncommon, which is what makes this such an entertaining act to watch.

Find out where to catch the Lion Dance, in our Gong Xi FUN Cai.