This is not a drill - Above and Beyond are coming back to Jakarta in December for the club night of the year.

Clubbers, prepare yourselves for THE most magical club night of the year. Despite 2017 being a weird era for a lot unsavoury reasons, we must be doing something good because tranceheads in Jakarta are being treated to a second performance of the year by British legends Above and Beyond! And just about time, because in times like these we could all use a little Group Therapy. *winkwink* The trance super group who recently celebrated the 250th episode of their Group Therapy show with a massive outdoor festival at The Gorge Ampitheatre in the US and at London’s O2 Arena will be gracing dance music fans with their much welcomed presence at one of the biggest and baddest clubs in Jakarta, Colosseum, on Friday, 8 December. ~heavy breathing~

Any initiated fan knows that an Above and Beyond gig is more than a DJ set, it’s a spectacularly emotional experience. Not that these legends need any introduction, but the trio are consistently the best producers in the game with devoted fans traveling from all corners of the globe to see them live in action. Paavo, Jono and Tony are one of those truly multi-talented artists who kill it in the studio and are equally as mind-blowing live. Their one-of-a-kind shows are achingly beautiful and filled with heartstring-pulling melodies, and despite their huge popularity in the dance music circles, they have the ability to make sets feel very intimate and tailored to you – and that’s the true beauty of Above and Beyond’s special genre. One of our favourite parts of their shows are their uplifting messages that flash throughout their show on a giant screen behind the DJ decks – it’s almost like a secret message just for you.

Above and Beyond are also slated to release their next dance album “Common Ground” in January 2018, so with any luck we’ll get a sneak peek. Excited? We sure are. To tide you over until the show, enjoy Above and Beyond’s latest release with “Sun and Moon” and “Thing Called Love” collaborator Richard Bedford, “Northern Soul” below. Can’t wait to hear this live and we’ve got our fingers crossed to push the button on 8 December! 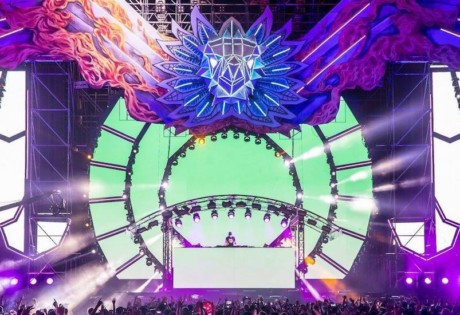 Check out the Djakarta Warehouse Project line-up so far

Pssttt…want to watch Above and Beyond at Colosseum Jakarta on 8 December? We’re giving away 6 tickets to their now SOLD OUT show. To find out how you can win, head over to our Instagram @honeycombersjkt from 27 November – 1 December 2017. Stay tuned!

Above and Beyond in Jakarta 2017: The British…