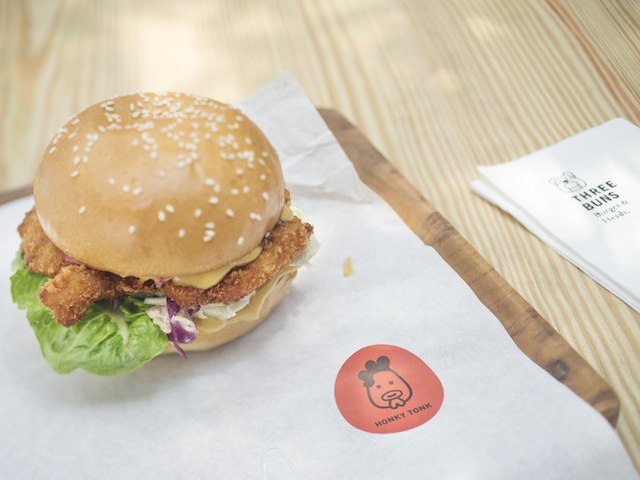 Finding the best burgers in J-town

The first high-end burger to hit the capital was the One Million Rupiah Hamburger at the Four Seasons Jakarta, which made international headlines when it was introduced as part of a promotion in 2006. The crazy expensive burger, which was made from Kobe beef and came topped with foie gras, portobello mushrooms and Japanese pears, is long gone, but in the last few years, the city has seen a slew of serious burger offerings invade restaurant menus. Here are a few of our favorites.

Cazbar
Dutch restaurateur Bartele Santema has built up a successful F&B empire of expat-friendly gastropubs in Jakarta, including Eastern Promise, De Burse, and De Hooi. All of them serve up great made-from-scratch pub grub, but our favorite is Cazbar, his homey bar located in Mega Kuningan. On the menu, you’ll find the enormous Big Daddy Burger, a perfectly rendered burger of epic proportions. You’ll have to unhinge your jaw to take a proper bite of this burger, which comes topped with tomato, cheddar cheese, herbed mushrooms, crispy bacon, and best of all – a fried egg.

Three Buns
The Potato Head Family, the same group behind the uber-successful Potato Head Beach Club in Bali and the stylish Potato Head Garage in SCBD, just opened Three Buns, a high-end hamburger house on Senopati last month. Utilising the same eclectic design sense that made its other venues so popular, the open-air eatery features tiers of seating on angular wooden outcroppings in a greenhouse-like environment, with graffiti on the walls and a soundtrack of old-school hip-hop that adds as much flavor as the food. Some serious design work went into the menu as well, which was created by head chef Adam Penney, who was previously the chef at Patty & Bun in London. Three Buns offers up six distinct kinds of burgers with lamb, fried chicken and vegetarian options in the mix, each with their own unique toppings and flavourful spreads. The juicy burgers, which can be cooked to your preferred wellness, are top quality – but not cheap. Prices range from Rp. 95,000 to Rp. 125,000 just for the burgers, ala carte. Sides, such as French fries and coleslaw, are extra. 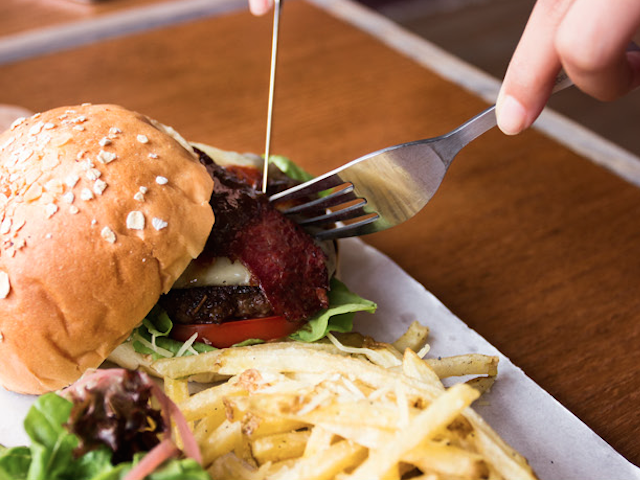 The Goods Diner
The culinary offspring of hipster clothing retailer The Goods Dept., The Goods Diner offers up a wide variety of comfort-food dishes with tasty and inventive twists by head chef Erlene Susanto. While all of the dishes at The Goods Diner are good, we tend to be tempted the coffee-rubbed burger every time we visit. It features a huge patty coated and cooked in a secret blend of coffee and spices, lending it a subtle bitterness that accentuates the smoky, mineral qualities of the juicy beef. It comes topped with your choice of crispy pork or beef bacon, cheese, and tangy bbq sauce. The crispy fries on the side make for a pretty perfect burger plate.

Union
The hippest restaurant and bar in Plaza Senayan, Union has a couple of claims to fame. It is not only one of the city’s top drinking spots to see and be seen, its signature red velvet cake still has people queuing daily just to get a slice. The main menu is no slouch either, offering upscale takes on classic bistro fare, including the impressive Union Burger. The standard version comes topped with crisp bacon and aged cheddar, but you can easily up the richness by adding some luxurious foie gras to the mix for only Rp. 30,000 more. 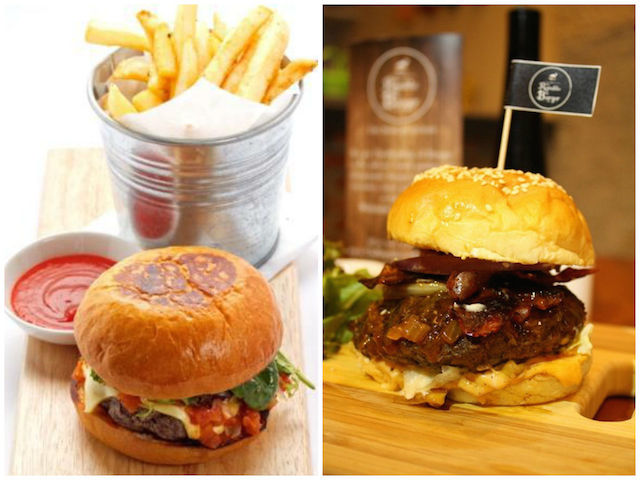 Otel Lobby, The Republic of Burger

Otel Lobby
Otel Lobby recently introduced a new selection of burgers, including those using chicken, salmon, and tempe as their base. The best of these is the Bistro Burger, which features a generously sized beef patty topped with caramelized onions, arugula, cheddar, and the house secret sauce. The juicy beef, piquant sauce, sharp cheddar and aromatic onions make for an awesome burger, and bucket of crisp, thick-cut fries served with homemade ketchup seals the deal.

The Republic of Burger
A newcomer to the battle of the burgers, The Republic of Burger in Cipete is a serious contender. All of the homemade patties here are made using 100 percent Australian wagyu beef, seasoned on the grill, and cooked to order. The humble hamburger joint offers a number of signature burgers including the American Cowboy BBQ with barbeque sauce, crispy bacon, melted cheddar cheese and organic vegetables, and their best selling burger, the Republican Monster, a towering sandwich built around a 200-gram patty topped with melted cheese, crispy bacon, veggies, and special sauce. Moderate prices and big flavors make a visit to the Republic a must for any burger lover. 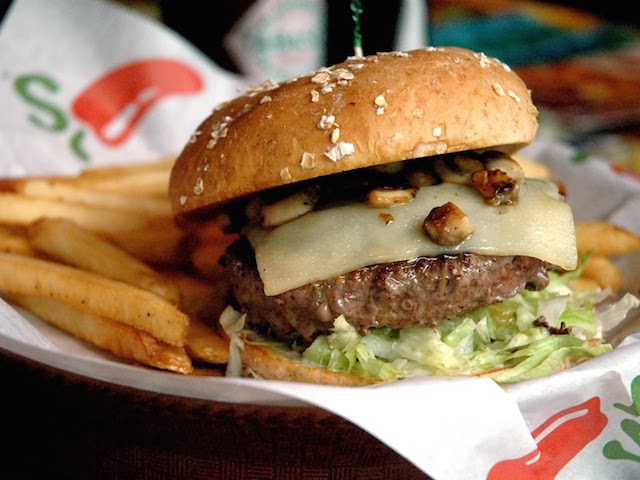 Chili’s
Although there is only one Chili’s in Jakarta, it is part of an international chain that can be found in cities throughout America. Here, the portions here are huge and their signature Big Mouth Burger is no exception. There are quite a few burger options on the menu, including the inventive BBQ Ranch Burger, which comes topped with BBQ sauce, creamy ranch dressing, aged cheddar, and beef bacon. But the Ultimate Burger, topped with melted Swiss cheese, a rich mushroom sauce and crispy onion strings, is our pick of the lot.

Fatburger
For one brief, glorious day, Jakarta had an In-N-Out of its own. But since the pop-up is now a distant memory, Fatburger is our choice for the city’s best fast-food burger. An American chain started in California, Fatburger now has over 200 locations worldwide. While it still counts as fast food (as the name implies, its definitely not healthy), the juicy, flavorful burgers here are always cooked fresh and made to order. For pure heart-clogging goodness, go for the Quad Fatburger, a huge four-patty stack of prime Australian beef, which you can opt top with beef bacon, cheese, and a fried egg, if you are so inclined.

Battle of the Burgers