You can enjoy Chinese operas at the temporary worship places that are erected during the Hungry Ghost festival.

The Hungry Ghost Festival falls on the 15th day of the seventh lunar month (12 August in 2022), with Ghost Month running from 29 July to 26 August this year.

If you’re looking for cultural things to do in the city, it’s always a good idea to explore these beautiful Chinese temples, pick up your next reads at these Hong Kong bookstores, or check out different art galleries in Hong Kong. Starting at the end of July this year, the Hungry Ghost Festival is celebrated largely by the Chiu Chow Community, and along with Chinese opera and the burning of paper gifts, there’s a list of things you should and shouldn’t do to not upset our spirit brothers and sisters.

What is the Hungry Ghost Festival?

The Hungry Ghost Festival is also known as Zhongyuan Festival (中元節) or Yulan Festival (盂蘭節), and is celebrated during a month-long period when various rituals and rites take place around the city to appease the ravenous ghosts. During this period, also known as Ghost Month (鬼月), twitchy troubled spirits are said to roam the streets and many people give out offerings for the visiting spirits of their ancestors to appease them, including ceremonial victuals, burned incense, joss paper and hell money.

People also burn carefully crafted origami-like paper gifts constructed to resemble everything from clothing and designer bags to fast food and electronics, so don’t be concerned if you smell burning around town or even in the corridors of your apartment block during this time.

Special sheds often go up around town during this month for locals to worship the gods and give out offerings in. Local neighbourhoods also hold nightly Chinese operas, with the front row seats always left vacant and reserved for the ghosts. Why does Hong Kong recognise the Hungry Ghost Festival?

In 2011, the festival was recognised as part of China’s intangible cultural heritage. Its roots date back more than 2,000 years and it is celebrated by Buddhists and Taoists. In Hong Kong, it is celebrated by the Chiu Chow community in particular, many of whom trace their roots to Guangdong province.

Take note of all these things to avoid during the Hungry Ghost Festival in Hong Kong because hey, it’s better to be safe than sorry! 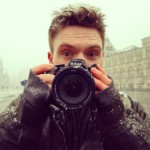