As much as we love being out and about, sometimes we just want to stay in and get lost in a good book. Here are our book recommendations of new releases that we can’t put down:

The recently released film Gone Girl has been garnering lots of award buzz so this is the perfect time to devour Gillian Flynn’s novel of the same name. Take in the fast-moving, mysterious, and thrilling story of Nick and Amy Dunne. Amy disappears on their fifth wedding anniversary, and as the investigation progresses, the truth about the seemingly perfect couple starts to emerge.

Not That Kind of Girl: A Young Woman Tells You What She’s “Learned” by Lena Dunham

Love her or hate her but you can’t deny that Lena Dunham has been very productive over the last couple of years. She wrote, directed, and starred in her first film, Tiny Furniture, at the tender age of 24. She followed that up by doing it all over again with her HBO show Girls, which has earned eight Emmy nominations so far. Not That Kind of Girl is a collection of funny and relatable essays that covers universal themes including falling in love, physical insecurities, and believing in your own story. Fans of Nora Ephron, Tina Fey, and David Sedaris will get a kick of Dunham’s first book. For a taste of Dunham’s style, check out her fantastic recent NPR interview. Colorless Tsukuru Tazaki and His Years of Pilgrimage by Haruki Murakami

Internationally acclaimed novelist and storyteller Haruki Murakami returns with his 13th book,Colorless Tsukuru Tazaki and His Years of Pilgrimage. Shattering his previous impressive records,Colorless sold a million copies in first month of publication in Japan. Join millions of readers from around the world and become enthralled by the story of Tsukuru, a man haunted by great loss who tries to find out why his closest friends abandoned him 16 years ago.

It by Alexa Chung

She’s a model, muse to celebrated fashion designers including Marc Jacobs and Karl Lagerfeld and a TV presenter, but Alex Chung is probably best known for her amazing personal style. Now you can get into her stylish brain with It, a compilation of Chung’s personal writing, drawings and photos, which cover her thoughts on life, love, music, favourite outfits, and how to put together a look for the day. The book also covers her wide-ranging influences including grandmother, the Spice Girls, the Rolling Stones, and Jane Birkin. With Chung’s witty, charming and down-to-earth writing style, you’ll find that becoming an It Girl is even easier than you think! The Circle by Dave Eggers

Many of us can’t imagine our lives without technology and the Internet, but more and more people are worried about privacy and intimacy issues and how big of a role these tech innovations are playing in our lives. Dave Eggers explores these issues plus raises questions about memory, history, democracy, and the limits of human knowledge in his latest book. The Circle tells the tale of Mae Holland, who lands a dream job at The Circle, the world’s most powerful Internet company. The Circle has become a huge part of everyday life by linking users’ e-mail, social media, and banking information. At first Mae is enamoured with the company’s unbelievable California campus but soon stumbles on some unsavoury elements.

Girl Talk: Unsolicited Advice for Modern Ladies is like Emily Post for the modern lady fretting over her Klout score. Young’s illustrated book mixes hilarious tales from her life, reflections on life, love and “making it”, and etiquette for the modern world we navigate. Girl Talk can give you solid advice on real-life sticky situations such as what to do if you run out of booze during the holidays, overthinking texts and emoticons (“But what does he really mean???”), and having to choose between getting to work on time or showering. 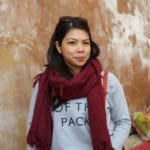